The Li Ka Shing Knowledge Institute runs clinical trials, and specializes in research on health services and policy, population health, global health and knowledge translation research at St. Michael's Hospital. Our focus is on conducting research and disseminating knowledge that is relevant for our health care system and important to our patients.

A world-leading research centre that tackles complex urban health issues – many at the intersection of health and inequality.

Developing, implementing and evaluating strategies to bridge the knowledge-to-practice gap

Advancing global health for all, with particular attention to the world’s poorest populations

The Clinical and Population Research Rounds

The Clinical and Population Research Rounds is a forum for the presentation of recent health services and population health research. The speakers are a mix of local and visiting researchers, and they cover a variety of clinical, policy and methodological topics. The rounds are held on alternate Thursdays at 12 p.m. throughout the academic year. 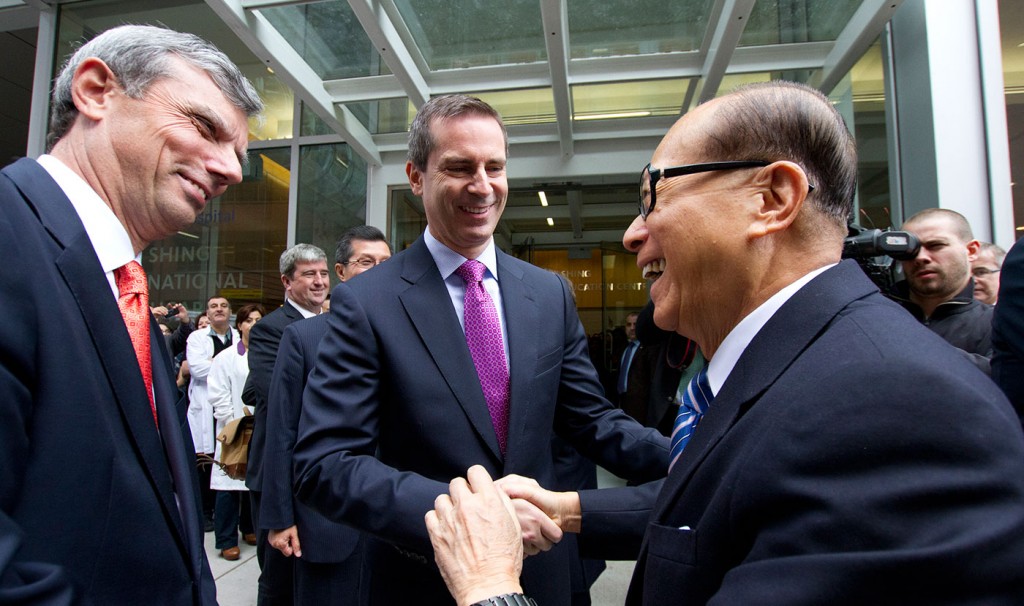 The Li Ka Shing Knowledge Institute was established in 2011 as the result of a generous donation of $25 million by Hong Kong entrepreneur and philanthropist Li Ka Shing.

“In a time of cynicism and skepticism, this project is true testament to the fine medical skills and dedicated care everyone in St Michael’s works so hard to deliver to its patients,” said Li during the opening ceremony of the Li Ka Shing Knowledge Institute. “Such skills and dedication are the foundations on which an institution of intellectual seriousness and extraordinary accomplishment in both research and education is built.”

Li believes strongly in philanthropy with societal impact and, through his Li Ka Shing Foundation, has donated more $100 million to support educational, medical and community welfare institutions in Canada over the past 18 years.

Up To Top ⇧
Research Leadership ›
Our Researchers ›
Research Programs ›