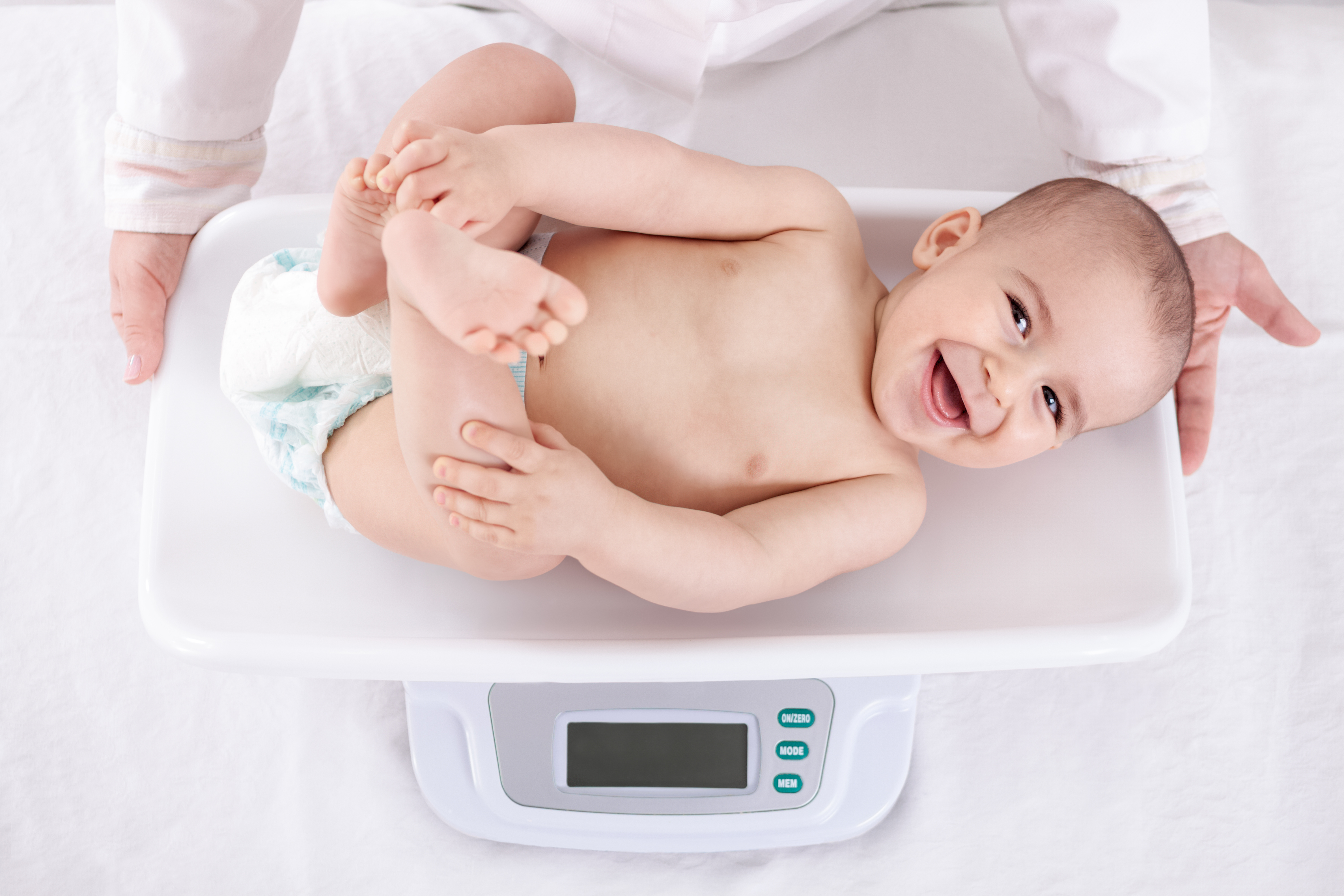 Healthy Canadian infants and toddlers are heavier and longer than the World Health Organization Child Growth Standards according to a new study by researchers at the Institute for Clinical Evaluative Sciences and St. Michael’s Hospital.

In 2006, the WHO released universal CGS, intended to describe the optimal growth of children. The WHO Multicentre Growth Reference Study took place between 1997 and 2003, and included children from Brazil, Ghana, India, Norway, Oman and the United States, who were deemed to be free of health or environmental constraints on growth, such as maternal smoking or malnutrition.

“Measuring a child’s weight and height is an important and routine aspect of monitoring early growth, but the WHO Child Growth Standards may not reflect the growth of healthy Canadian children,” said Dr. Joel Ray, lead author on the study and a researcher at ICES and the Li Ka Shing Knowledge Institute of St. Michael’s Hospital.

The study published today in Paediatric and Perinatal Epidemiology compared the WHO standards to the growth of 9,964 healthy Ontarian children up to 2-years-old between April 1, 2002, and March 31, 2013, including various feeding practices and maternal place of birth.

The researchers add that the differences in percentiles of weight, length and Body Mass Index of young Canadian children compared to the WHO standards, regardless of infant feeding practice may impact how the “normal” growth of Canadian children is interpreted. 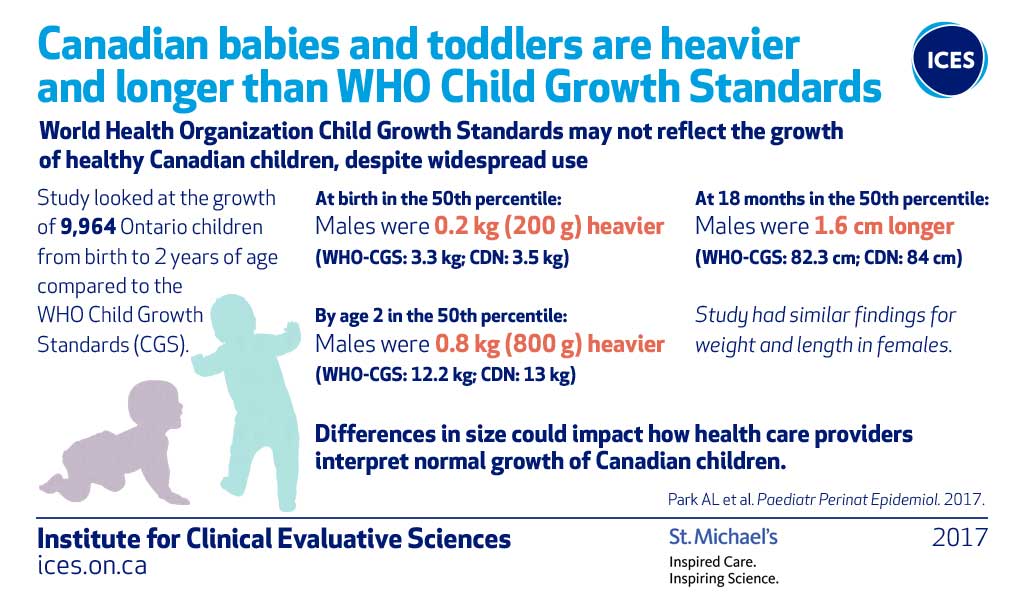 Click here for a larger version of the image above.

St. Michael’s Hospital provides compassionate care to all who enter its doors. The hospital also provides outstanding medical education to future health care professionals in more than 29 academic disciplines. Critical care and trauma, heart disease, neurosurgery, diabetes, cancer care, and care of the homeless are among the Hospital’s recognized areas of expertise. Through the Keenan Research Centre and the Li Ka Shing International Healthcare Education Centre, which make up the Li Ka Shing Knowledge Institute, research and education at St. Michael’s Hospital are recognized and make an impact around the world. Founded in 1892, the hospital is fully affiliated with the University of Toronto.