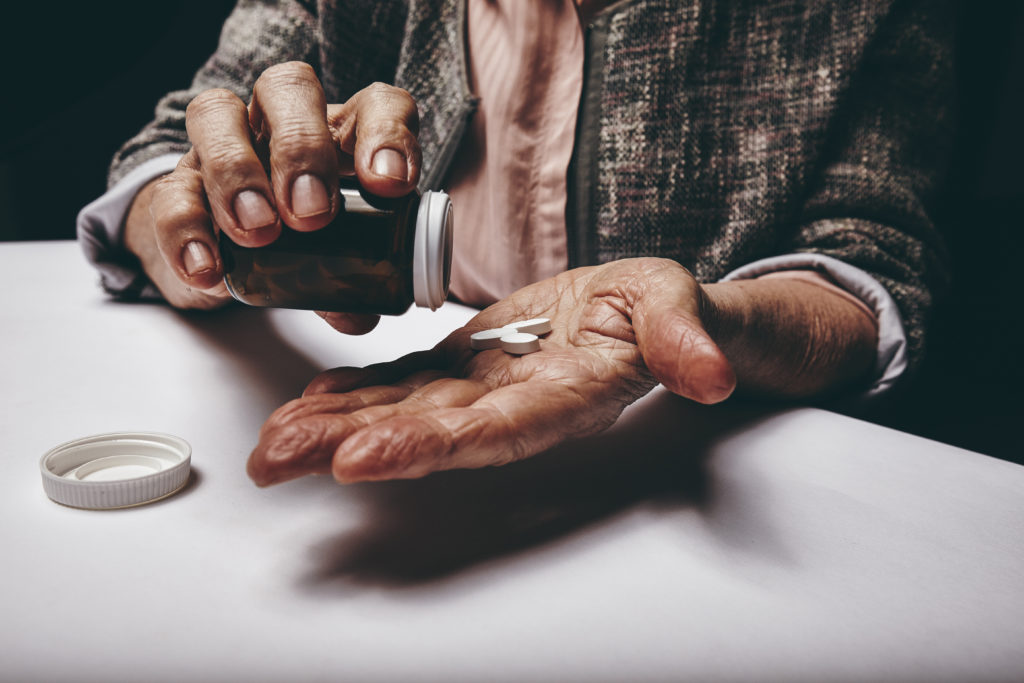 The study, published today in the European Journal of Clinical Pharmacology, raises concerns about new opioid use among older adults with chronic obstructive pulmonary disease, or COPD, a progressive lung disease that causes breathing difficulty, said Dr. Nicholas Vozoris, a respirologist at St. Michael’s, and lead author of the study.

Previous research by Dr. Vozoris found older adults with COPD who recently started using opioids are also at an increased risk of dying from respiratory reasons compared to non-opioid users.

The researchers looked at the records of more than 130,000 community-dwelling adults and more than 14,000 long-term care residents in Ontario age 66 and older with COPD, using multiple provincial health care administrative databases housed at the Institute for Clinical Evaluative Sciences (ICES).

“Previous research has shown about 70 percent of older adults with COPD use opioids, which is an incredibly high rate of new use in a population that is potentially more sensitive to narcotics,” said Dr. Vozoris. “Our new findings show there are not only increased risks for coronary artery disease-related death associated with new opioid use, but also increased risk of cardiac-related visits to emergency rooms and hospitalizations.”

Dr. Vozoris found that 60 per cent of older adults with COPD living in the community and 67 per cent of long-term care residents were given a new opioid between April 2008 and March 2013. Opioids, including morphine and fentanyl, are prescribed frequently among older adults with COPD to help treat chronic muscle and bone pain, insomnia, as well as persisting cough and shortness of breath despite inhaler therapy.

“This class of drugs may offer some relief for this population, but there is also evidence suggesting that opioids can adversely affect cardiac health,” said Dr. Vozoris.

Researchers looked specifically at opioids that were not combined with either Aspirin or Tylenol.

While the findings don’t prove cause and effect, only an association between new opioid use and an increased risk of coronary artery disease-related death, researchers hypothesized that it could be related to these potential side effects.

“One other important reason they might be linked to future risk of heart attacks is because they offer pain relief, which could reduce or take away chest pain that acts as a warning before a cardiac event,” said Dr. Vozoris. “Without that warning, doctors may not be able to intervene in time.”

Dr. Vozoris said he hoped that clinicians would take these findings into consideration when prescribing opioids to people with COPD.

“Coronary artery disease-related death is another potential risk of prescribing an opioid to an already high-risk population,” he said. “I hope that providers will be more careful about prescribing opioids to COPD patients, and that patients are made aware of the risks so they can be vigilant about potential side effects.”

This research was funded by a Godfrey S. Pettit Respirology Block Term Grant.

St. Michael’s Hospital provides compassionate care to all who enter its doors. The hospital also provides outstanding medical education to future health care professionals in more than 29 academic disciplines. Critical care and trauma, heart disease, neurosurgery, diabetes, cancer care, and care of the homeless are among the Hospital’s recognized areas of expertise. Through the Keenan Research Centre and the Li Ka Shing International Healthcare Education Center, which make up the Li Ka Shing Knowledge Institute, research and education at St. Michael’s Hospital are recognized and make an impact around the world. Founded in 1892, the hospital is fully affiliated with the University of Toronto.

ICES is an independent, non-profit organization that uses population-based health information to produce knowledge on a broad range of health care issues. Our unbiased evidence provides measures of health system performance, a clearer understanding of the shifting health care needs of Ontarians, and a stimulus for discussion of practical solutions to optimize scarce resources. ICES knowledge is highly regarded in Canada and abroad, and is widely used by government, hospitals, planners, and practitioners to make decisions about care delivery and to develop policy. For the latest ICES news, follow us on Twitter: @ICESOntario