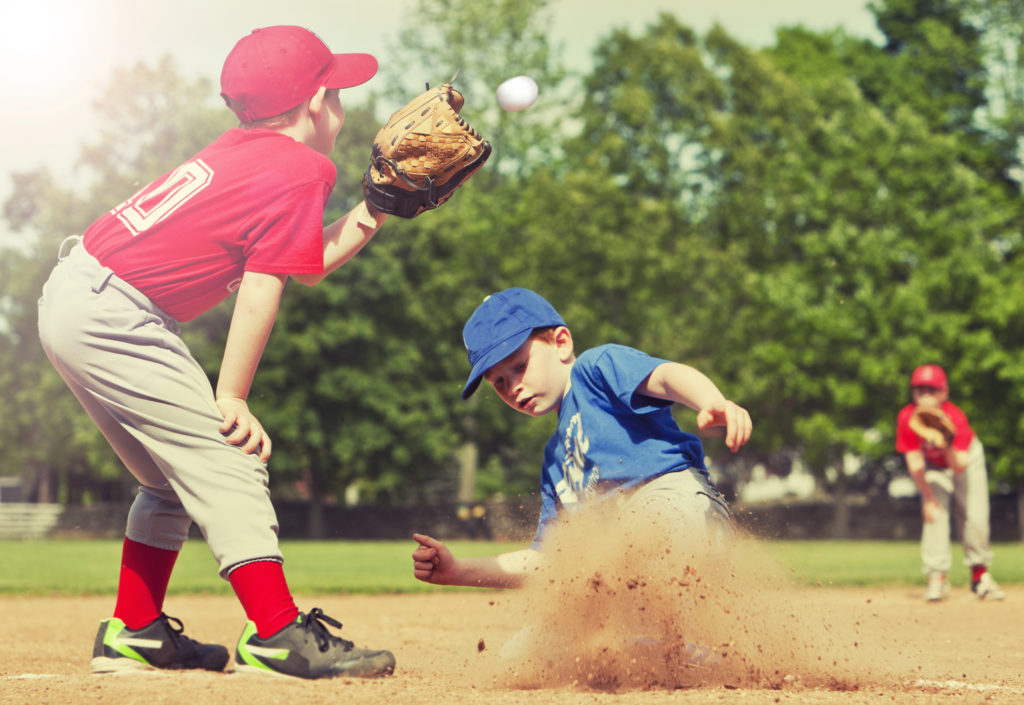 Despite lower rates of traumatic brain injuries in baseball and softball, there is poor compliance overall with helmet use and return-to-play guidelines following a concussion across all levels of play, according to a new systematic review.

The researchers found that although baseball and softball had the lowest rate of traumatic head injuries of 15 other sports, serious brain injuries occurred once in about every 2,000 games.

“Our review demonstrates that traumatic brain injury in baseball and softball affects players of all levels and all positions,” said Dr. Michael Cusimano, a neurosurgeon and scientist at St. Michael’s Hospital and lead author on the study. “Although the risk for traumatic brain injury is lower in baseball than other, high-contact sports like hockey and football, because the injuries can lead to very serious injuries like skull fractures and bleeding in the brain caused by balls or bats, it should be considered equally as serious and addressed in a way that reflects that.”

The review showed that all the formal baseball and softball leagues examined in the studies had rules that require helmets, but in the five studies that examined the use of protective equipment during traumatic brain injuries, players were wearing helmets in only seven per cent of baseball and softball-related traumatic brain injuries that required a visit to an emergency department, according to the authors.

For youth baseball, traumatic brain injuries accounted for six per cent of all baseball-related injuries. Concussions were also among the top 10 injuries that caused players to miss games, and the most common cause of catastrophic injury in professional baseball, according to the review.

Other key findings from the review, according to the authors, include:

Based on this review of these injuries, the authors are calling for mandatory helmet use at all positions at all levels of youth baseball and softball.

“There is enough evidence to lead me to believe that if all players in all positions wore helmets, these severe injuries could be largely eliminated,” said Dr. Cusimano.

In addition, the authors recommended educating athletes, parents and coaches about traumatic brain injury, its symptoms and importance in preventing and reporting injuries.

They added that leagues, parents and coaches should be compliant with current return-to-school and return-to-sport guidelines after concussions.

Dr. Cusimano said that further advances in the safety of the game would require universal helmet use, engineering of new helmet, ball and bat designs to minimize the force of an impact, economic incentives and deterrents including fines, insurance rates and the price of equipment, as well as continued surveillance and evaluation of injury prevention strategies.

“All players, parents, coaches, trainers, teachers, league officials and sponsors must come together to reduce these preventable injuries,” he said.

This study received funding from the Canadian Institutes of Health Research.